The Dark Tower: A Rant 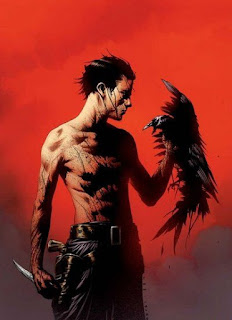 This post is about the Dark Tower books by Stephen King. Probably won't make much sense if you haven't read them before.
I read the saga somewhere around the change of century, when only four of the seven books were written. I was really on fire with that shit, like fucking mad. I remember reading this old web for theories (god, I found it! so many memories!) on the old age of internet, and thinking about the tower all day at home, high school...
I eventually read the last three and I didn't like them much. Not just the ending, but the whole three novels feel much different than the rest, and I think most readers might agree with me. I will try to explain what I feel by saying this: While the first four feel (as Stephen King says they were) channelled more than written, as if a voice related to the tower itself was telling him when and what to write, at intervals, during thirty years; the last three feel like written analitically and in a rush, trying to make sense of what he had been writing "in a trance" up to that day. There are many other things that can be blamed for this, I guess (Self inserting as a character, devaluating Roland's world by inserting a Keystone World set in our era, trying to build a Stephen King expanded universe, lots of epic build-ups wasted like Flagg, Crimson King, Patrick Danville, Eyes of the Dragon crossover, etc) but I think the reason I cited is the most overlooked, and maybe the reason for all the rest.
In a way, I feel that the setting became sort of "spoiled" and that the only way to enjoy them is to "forget" the newer books, as if they didn't exist. Sometimes I think about how cool it would be, after I saw the entries about "1937 hobbit as a setting" and the "What if Star Wars episode IV was the only Star Wars movie", and I go even deeper: What would happen if only Roland's youth scenes were the story? 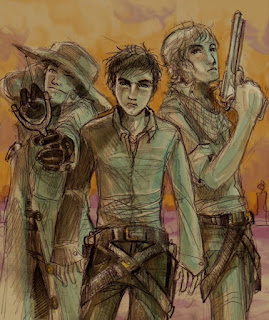 And by this, I mean all the collected flashbacks: Cuthbert and Roland at the hanging of Hax the Cook, the manhood test with Cort, the whole Mejis arc, the whole Wind through the Keyhole (alongside the fairytale on it!) and the spare comments of Roland all across the books: "I once saw a man called Flagg turning a man into a dog". Cutting down all the obvious ties with the real world and New York, and focusing on the ripe lore of the Mid-World. I think it would almost stand on its own as a good story: it has enough foreshadowing for the readers to picture the fall of Gilead and the final confrontation at the Dark Tower, without the needing of showing beyond that or more detailed narration. I only need to know things like that Roland and Cuthbert shot Alain by mistake at the battle of Jericho, and that something happened around the horn of Eld, whatever. Someday the Gunslinger will head to the tower, and thats all; everything ends after the Wind Through The Keyhole confrontation with the skinchanger, and Gabrielle's Deschain revelation. Sort of a weird sudden ending like the one the very Stephen King already did in Colorado Kid, but it works in my mind.
But this is a blog about RPGs! I should focus this imaginings to more practical purposes: How would the Dark Tower Flashbacks Only work as a gamist setting? Well, at first glance, much better than the original one:
You got the epic struggle between the barony of order, descendant from Arthur of Eld, and in ultimate stance some sort of paladins of the White, versus the forces of chaos, incarnated on the more tangible threat of John Farson's rebellion, the deceptions and schemes of the evil sorcerer called Marten/The Covenant Man, and then, behind them, the Crimson King whom all of them seem to serve in some way. The Dark Tower's nature is not really ever explained (I guess that thinking about it is GM's job), but the journey towards it is a great gaming quest. The PCs are, of course, Gunslingers, either formed or in training; with duties and powers similar to Jedis with guns; but with status more akin to medieval knights. I'd like to make an entry soon detailing ideas for a setting inspired by this. But I realized that doing that would require from myself to explain possible readers and even maybe myself certain things, and that this rant would require certainly more than a paragraph: hence this whole entry.
To close this, I'd like to unfold an idea I'm holding this days. When I was reminded of the Tower this last time, I felt the urge of reading the fourth book: Wizard and Glass, that I had not read in a long time, maybe almost 20 years (I remember reading that book while on detention class at high school!). Reading it now, with my (adult? father's?) current eyes, I felt some heavy themes underlying on the book; maybe even the central core of it. I won't argument much as I don't want to persuade anyone, just state them the best I can:
The first one is the relationship of Roland and his parents. Their mutual treason and conflict represents in a minor scale the breakup of civilization that would come in the Mid-World, with the chaos forces who tainted Gabrielle do the same into the world's bastion, Gilead, of which Steven Deschain is an impersonation. The impact on the world is devastating, just as the treason was in Roland's heart. They are both an allegory of each other, and lead to each other. The initial state is never to be repaired, but instead it becomes even harder and harder to even remember correctly as a faded picture, only to be repaired through a desperate quest, which is once again sent by Roland's father: The Dark Tower was though to be a myth by young gunslingers, and most of the mid-world. But at the end of DT4 Roland points out something like "Our father's know otherwise, as is the secret they keep, I'm sure of it". It is by stepping in the shoes of his idealized father that he attempts to fix a desperate situation, and it is only by carrying his guns and his father's determination, overriding to extremes the joyful heart he inherited from his mother (That he could rise above [his divided nature] and willingly embrace the insanity of romance was a gift from his mother. All else in his nature was humorless... -DT4)  that he intends to do it. If anyone of you is familiarized with the tarot, you might picture clearly the Emperor vibes here. 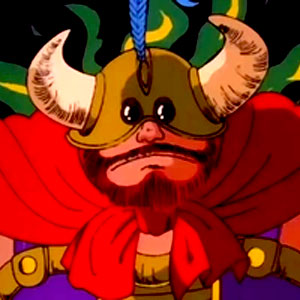 This is more or less how I always pictured Roland's dad.
I usually disregard descriptions and go along with what my
subconscious gives me
The second one is the will to explore the world as we watched it when we were kids, as opposed as the one we live in today. Scientists might say its the same planet and everything, but they are just deluding themselves.
There was a world before, one we put together where everything was at the same time very ancient, older than time itself; and at the same time, very new and with an infinite future bursting out of its thin skin. A world that was infinitelly vast and at the same time very simple to comprehend; in which laws are obvious and natural. With the years, we forget this world and put together a new one; deeming the other one as childish and false. We have formed a new worldview that fits our life better, but, to which degree is it more real than the other? We might argue that we have more life experience, yes, but, while we have lots of what we believe it is world knowledge, we also have a lot of limiting scars, fears and frustrations which, who knows, maybe they take our eyes out ot the paths instead of showing us them. And in any case, the former world is equally real in its way, and still calls you to be explored in search of the hidden treasures you left there unchecked.
This world is represented in the saga at least in a triple way: the way that Eddie, Susannah and Jake perceive the Mid-World (I think it was Jake who thought somewhere in The Waste Lands: "this world is really dangerous, yes, but is much more real"). The way in which Roland remembers Gilead; and the way the world, including the nostalgic/magical New York is presented to us, readers.
And now that this personal short analysis is done, I will focus the next post on something related but more practical: Ideas for a game/setting that takes the good parts of the Dark Tower; preferably the ones that make it really magical. As opposed that "Oh, its a western ambiented game, we should use a poker deck to randomize it, so cooooooooooooooooooooooooooooooooool"
Publicado por Jack Tremain en 17:58